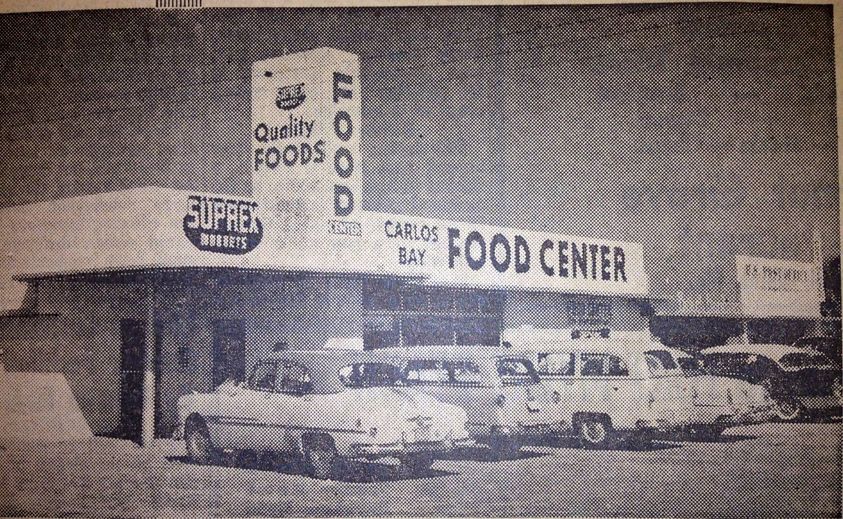 Each day as I travel off the island, I notice more and more beach landmarks being demolished to make way for the Margaritaville resort. So far, the old Surf Club (Mermaid), the Pierview Hotel, Beach Bums, and Helmerich Plaza have been razed.

For the past decade, the old plaza has been deteriorating as the lawsuits played out before construction could begin on the new project. Although most of these structures were well past their prime, at one time they were an important part of our island’s history. Since I have already written about the demise of the Mermaid (originally the Surf Club), this post is going to reflect on the Plaza, which, in my mind, will always be referred to as “Bigelow Center.”

Charles Bigelow built the plaza in late 1951, and it soon became the business center of the island. Going through copies of the News-Press during the 1950s, I was amazed at how important this plaza was to the residents of our island. First, the plaza was the home of many different businesses, so it was a logical place to hold other events such as bake sales, art walks, cookie sales, and even car washes. In the 50s, going to Fort Myers to shop was a major event.

The 30-mile drive to town would often take over an hour (one way) since McGregor Boulevard was the main road to town at the time, and the swing bridge opened every hour causing traffic to back up in both directions.

Therefore, the Beach merchants did everything they could to keep beach residents (and their money) on the beach. In Bigelow Center, you could see a doctor (Edward Burke, 1955), purchase your weekly groceries (Carlos Bay Foodway), get a prescription filled (Beach Pharmacy), get materials for a home improvement project (Beach Hardware), and check out the newest appliances (Beach TV Center).

You could even buy a diamond ring (DuRants/Dewitt Jewelry), a suit (Men’s Shop), or a birthday present (Basket and Gift Center). Other businesses included The Sun Shop which sold women’s clothing, the El Mercado, another clothing store featuring a South American flair, and the Beach Variety and Hobby Shop which sold a little bit of everything.

In addition to shopping, you could also visit a lawyer (Leslie Ahrenholtz), check out insurance prices (San Carlos Insurance Agency), and mail a letter (US Post Office). You could also enjoy breakfast or lunch at the Tradewinds Café.

As you can see, at one time, Bigelow Center was the hub for the island businesses and remained an important part of the community well into the 60s and 70s. Once the new bridge was built, businesses began to relocate or close, leaving the plaza struggling. As the area around the island began to grow, more and more businesses moved off island and residents no longer needed to drive an hour to buy clothes, visit a doctor, or grab a quick bite to eat. Before it was demolished, the plaza was still home to a few businesses including a liquor store, a bike rental shop, and the Lee County Sheriff’s Office Outreach Center.

Although I had a moment of sadness as I watched the plaza turn to dust, I know that progress is inevitable and someday, the new resort will rise out of the ashes. I just hope that the property is remembered for what it was “back in the day.” 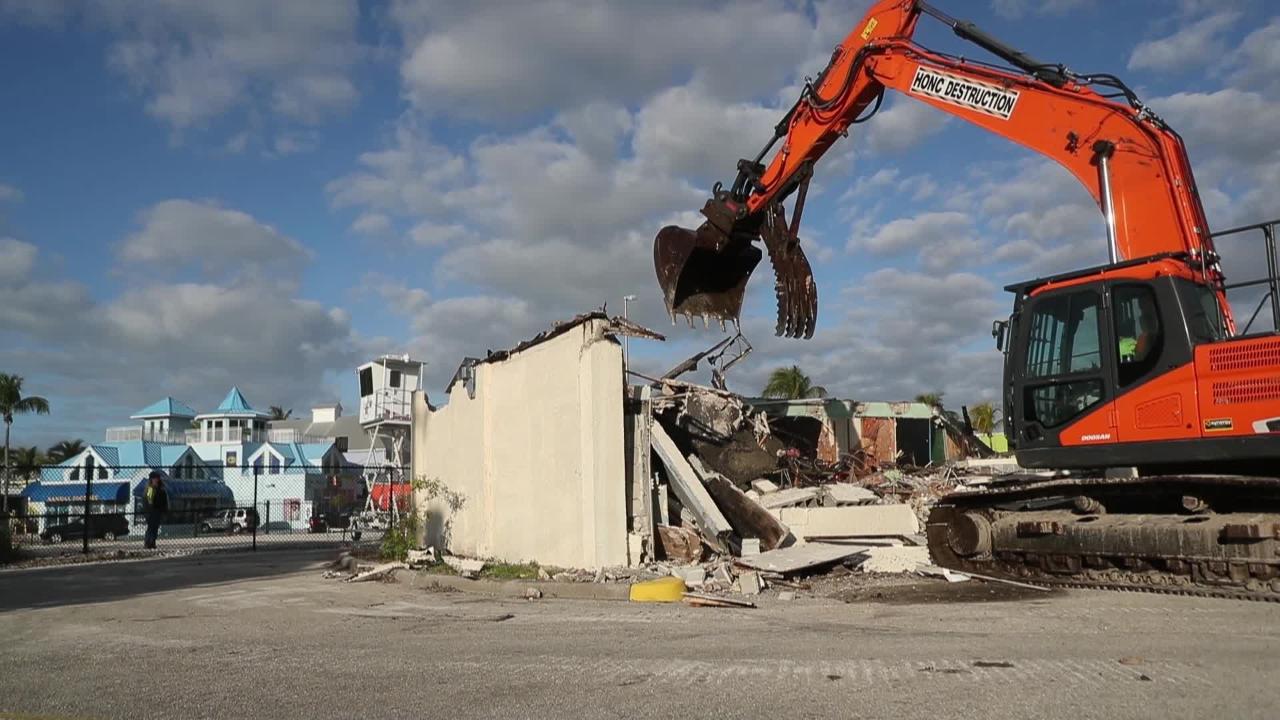 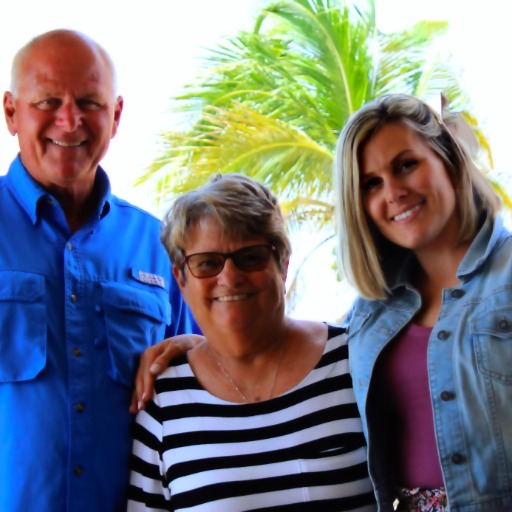 What’s In a Name? From Crescent Beach to Fort Myers Beach

What’s in a name?  According to Shakespeare, “That which we call a rose by any other name would smell as sweet.”  It wasn’t that easy for the early developers of

We spent the morning taking the Eco Tour at Babcock Ranch.  Although I have been living in SW Florida for over 60 years, this was my first trip to the ranch.  We had a wonderful time

Before 1921, the only way to access the island was by boat.  This limited development but did not detract people from taking a boat and enjoying a few days on the beach.  When the

Each day as I travel off the island, I notice more and more beach landmarks being demolished to make way for the Margaritaville resort. So far, the old Surf Club (Mermaid), the Pierview Hotel, Beach